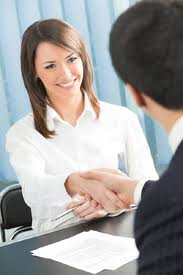 By Rory Montez and Patricia Kotze

Since the economic downturn of 2007, many Americans have dealt with decreased wages, less chances for pay increases, and being asked by employers to “do more with less.”

A recent report from the Federal Reserve Board of Governors indicates under-employment is rampant.  The report includes figures from the Census on the number of workers who are working less than 35 hours a week because they can’t find full-time work or because they had their hours cut.  There are 6 million Americans who wanted more work, according to the Bureau of Labor Statistics.  In an age when the part-time barista making your espresso at Starbucks has a master’s degree, many employers have been able to capitalize on the abundance of over-educated and under-employed applicants.

The job market is filled with hungry applicants looking to make ends meet and increase their income.  In 2008, legislators across the U.S. were hounded by special interest groups who demanded employers stop asking applicants about previous criminal convictions, in a movement known as “Ban the Box.”

In addition, some private employers like Target Corporation enacted their own hiring policy to no longer ask applicants about previous criminal history.  This has led to employers having less access to information about under-qualified applicants, an unintended consequence of trying to give a second chance to convicted criminals in a harsh, unforgiving job market.

On January 22, 2017, the new “ban the box” Los Angeles ordinance goes into effect.  Called the “Fair Chance Initiative”, the new ordinance restricts private employers in Los Angeles from asking applicants about criminal history.  Penalties and fines for violating the ordinance include $500 for the first violation, $1,000 for the second, and $2,000 for additional violations.

All of this altruism was intended to aid applicants with a fair chance at being hired.  Instead it may have opened the flood gates to a class of trouble makers: professional applicants.

What is a Professional Applicant? 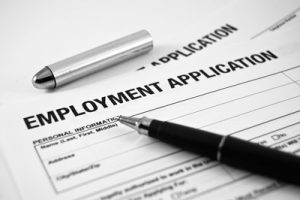 A professional applicant is a person who applies for a position with a company but has no intention of sticking around to be a productive employee.  Their primary goal is finding a weakness in your business and exploiting it for financial gain.

Some examples will help clarify their insidious behavior:

How to spot a Professional Applicant

Professional applicants have no intention of becoming a true team member.  As a result, they often act inappropriately at work and quickly out themselves.  Consider the following:  If a person truly values their new job and wants to make a good impression, are they likely to act in an unprofessional manner right after being hired?

Look for these warning signs:

The biggest warning sign that you are dealing with a true professional applicant is they have a history of using the same attorney to file their nuisance lawsuits, irrespective of the type of lawsuit being filed.  Cody Farzad at Employers Choice Screening wrote about this exact issue six months ago:

Cory Groshek, 33, of Green Bay has applied to over 562 jobs in an 18-month span, one of which included Time Warner Cable.  His plan was to submit an employment application with an employer who would conduct an employment background check as part of the hiring process to see if any part of the FCRA has been violated.  Once he identified employers who violated the FCRA he then threatened a class action lawsuit and demanded a settlement.  Findings of filed court records show that his plan is working. Groshek has been able to extort or extract more than $230,000 in legal settlements from companies across the US.  How was he doing it?  The FCRA specifically states that when an employer procures a background check for hiring purposes they must make a “clear and conspicuous disclosure” of their intention to do so.  More importantly this disclosure must be a page in lengthy and separate from any other employment form (i.e. job application).  So far, Groshek has been able to receive relatively small settlements from about 20 companies ($5,000 – $35,000), 3 others have been sued in federal court by Groshek (those cases are currently “pending”).

The economic harm that a Professional Applicant can inflict ranges from legal fees to putting you out of business permanently.

In 2016, the Equal Employment Opportunity Commission (EEOC) had 114 complaints and lawsuits filed which resulted in employers paying out monetary benefits totaling over $52 million. 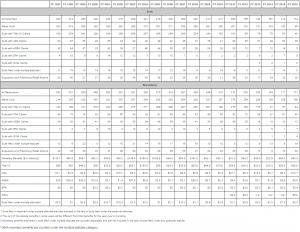 Other forms of economic harm that employers should be aware of include:

How to Avoid Hiring a Professional Applicant

When dealing with Professional Applicants, “the only winning move is not to play.”  We recommend employers utilize stringent hiring practices, including a background check that includes verification of previous employment, a civil record search to identify a propensity for litigation, and a worker’s compensation search to reveal previous claims. Once a claim has been filed with the Workers’ Compensation Appeals Board (WCAB) it will then be considered a public record.  It is key that when utilizing these searches, you comply with the ADA (Americans with Disabilities Act) and adhere[2] to state-specific privacy laws.

Next we recommend utilizing pre-employment physical examinations for industries where intensive physical work is required.  One benefit of physical exams is that employers can make reasonable accommodations for an employee, relocate the employee to a more suitable position, or reconsider their offer of employment.

Lastly, employers should utilize interviewing techniques to weed out applicants who aren’t truly interested in the job.  For example, setting the interview time for 7am sharp will help you determine if your applicant is willing to go the extra mile to be on time for the interview.  Another useful technique is to have the applicant meet with current staff.  Your current staff will be able to tell you if the applicant will be a good fit with co-workers.  Interviewers should also look for patterns in the applicant’s resume and discuss.  For example, if the applicant keeps describing his previous supervisors as “difficult”, you may have found a pattern you don’t want to repeat…

Following these steps will help management identify problem applicants before they become a problem employee.

How to Deal with a Professional Applicant

Hindsight is 20/20, but how does an employer deal with a problem employee they already hired?

Another option available to employers to help protect themselves against nuisance lawsuits is Employment Practices Liability Insurance, or EPLI.

EPLI provides coverage to employers against claims by employees including wrongful termination, discrimination, harassment, and other employment-related issues.  Most large businesses are aware of EPLI and have coverage.  But many small and mid-sized clients of ours who have never had to deal with an employee lawsuit are surprised to learn EPLI exists and wished they had coverage!  It should be noted that EPLI can be a double-edged sword; professional applicants may target large employers specifically because they assume the employer has “deep pockets” if they can afford EPLI coverage.  For these reasons, it is best to consult with your attorney and your insurance carrier to find the coverage that suits your business best.

By proactively using creative interviewing techniques, following state and federal laws, having a strong attendance policy with increasing levels of discipline, documenting all complaints, using a qualified employment law attorney, and considering the benefits of EPLI, you can help your business avoid dealing with Professional Applicants.

The information provided and discussed in this article is for informational purposes only, not for the purpose of providing legal advice, and should not be relied upon as legal advice.  Labor and employment law is a dynamic field, and laws vary from state to state. You should contact your employment law attorney to obtain advice with respect to any particular issues or problems.

[1] The Americans with Disabilities Act (ADA), as well as numerous state laws protect job seekers from discrimination in hiring as a result of filing valid claims.  It is discriminatory to penalize a person who has exercised a lawful right in a lawful way and filed a valid claim.  Employers are advised to contact their attorney before seeking to obtain workers’ compensation records or make a hiring decision.

[2] Employers are advised to contact their attorney before seeking to obtain workers’ compensation records or make a hiring decision based on worker’s compensation records.  The Americans with Disabilities Act (ADA), as well as numerous state laws protect job seekers from discrimination in hiring as a result of filing valid claims.

Who’s bugging you? What You Need To Know About Workplace Electronic Eavesdropping

Stand by Me: Bystander Intervention Comes to Corporate America