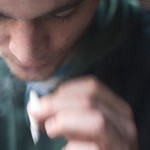 Brandon Coats of Colorado was an employee at Dish Network, a cable company.  Coats is a quadriplegic and a card-carrying medical marijuana user.  Coats was a fine employee but he failed a random drug test at work, testing positive for having THC, the active drug in marijuana, in his system.  Coats claims he was not impaired at the time and only smokes marijuana in the evening to help with his spinal spasms.

Dish Network has a zero tolerance policy on drug use and fired Coats despite the fact that Coats is a registered medical marijuana user.  Coats sued but lost; the case then made its way up to the Colorado Supreme Court.  On Monday, the Colorado Supreme Court affirmed the previous ruling: Even if marijuana is legal medically and recreationally in Colorado, it is still illegal under Federal law and thus his employer had the right to terminate him.

“The Supreme Court holds that under… Colorado’s ‘lawful activities statute,’ the term ‘lawful’ refers only to those activities that are lawful under both state and federal law,” the Colorado court ruled. “Therefore, employees who engage in an activity such as medical marijuana use that is permitted by state law but unlawful under federal law are not protected by the statute.”

The ruling affirms that when it comes to the use of marijuana, federal law trumps state law.

The Coats ruling will likely now be used in other cases involving the off-duty use of medical marijuana by employees and how employers are allowed to discipline them for failing drug screening.

Metal Theft: Too Costly To Ignore

Why Safety Training is Important in the Workplace