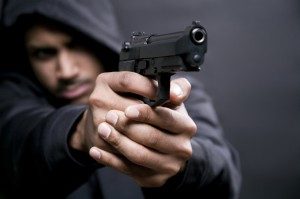 Violence in the workplace represents a real threat to employees across the U.S. Recently, a man walked into a FedEx shipping facility in Bedford Park, Illinois and fired his gun several times before killing himself.

The gunman, Ben Robinson, was a former FedEx employee. His wife is a current FedEx employee at the Bedford Park facility and was apparently the target of his rage.

Luckily, no employees were injured. But several FedEx employees at this facility were put in a position where they feared for their safety and lives, simply because they reported to work yesterday.

Employers have an obligation to foster a safe workplace where their employees can complete their job duties without fear for their personal safety. In that spirit, Pennsylvania State Representative Nicholas Micozzie and the Pennsylvania Association of Staff Nurses and Allied Professionals are co-sponsoring a bill aimed at workplace violence prevention in the healthcare industry.

Micozzie and PASNAP understand the looming threat that workplace violence represents and have introduced House Bill 1992, which if enacted would require Pennsylvania hospitals and health care facilities to take proactive steps to prevent violence in the workplace. This includes assessing the existing security risks at their facilities, finding solutions to mitigate risk and creating a safer workplace.

A Baltimore man shot an orthopedic surgeon inside Johns Hopkins Hospital after learning of his hospitalized mother’s poor condition. After a two-hour standoff with police, the gunman, Paul Warren Pardus, fatally shot his mother before committing suicide.

David Cohen, the surgeon who was shot by Pardus was simply doing his job and did not expect a patient’s son to be carrying a loaded firearm in a hospital. Incidents like this highlight the need for improved safety conditions in the workplace.

We applaud the efforts of Pennsylvania State Representative Nicholas Micozzie and the Pennsylvania Association of Staff Nurses and Allied Professionals for raising awareness about this important issue.

Read more from the Chicago Tribune.

Metal Theft: Too Costly To Ignore

Salvia Divinorum is a New Legal Drug Similar to Marijuana